For The Hot, Cold, And Goldilocks Sleepers: Slumber Cloud's NASA-Inspired Comforter Is A Dream 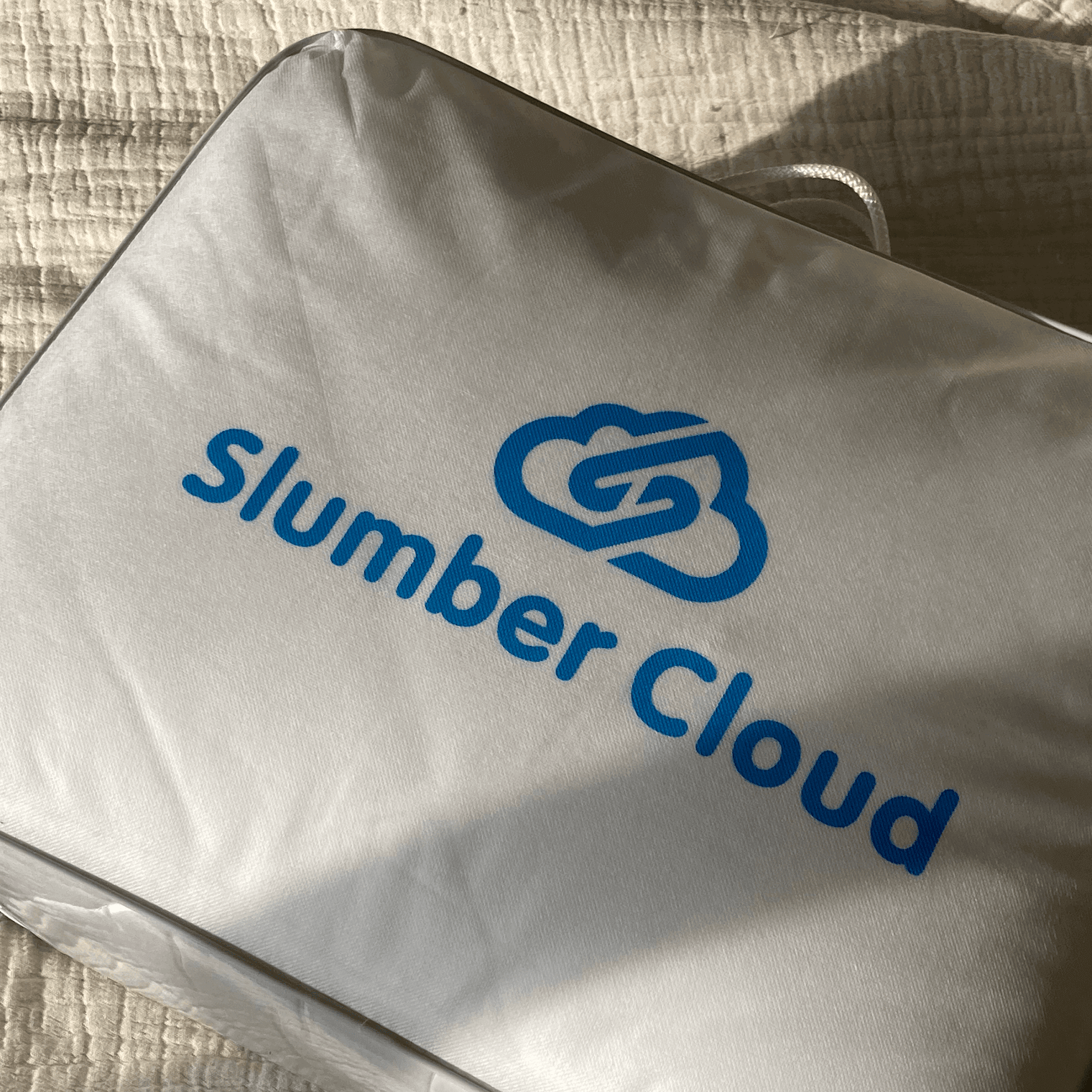 In partnership with Slumber Cloud.

Good news: I just moved into a new apartment. Bad news: like all apartments, it has its... quirks. This one’s happens to be that the heat is, well, challenging. The three-by-two foot silvery behemoth that sits in the center of my room fluctuates between what can only be described as hell’s inferno and icy tundra — nothing in between. And before you ask, no I can’t adjust it manually.

The heat was beginning to take its toll on my sleep schedule. The heavy, old-fashioned comforter that had gotten me through harsh winters in New Hampshire just wasn’t cut out for city life and left me waking up in a sweat at ungodly hours. I was getting desperate, and then I found Slumber Cloud.

As you can see, I was in a bit of a Goldilocks-esque predicament. I needed a comforter that was cooling, but not too cooling (it is still winter after all!); warm enough to keep cozy through a February blizzard but not so warm that I’d have to go blanketless come March. Luckily, Slumber Cloud offers two comforter choices: Lightweight and Performance.

It was honestly hard to tell the difference between the two options -- they’re competitively priced and all seem to boast similar cooling qualities. I eventually settled on the Lightweight comforter -- a pretty penny at $189 for a queen -- because it offered all the temperature-regulating technology of its namesake counterpart, but looked light enough to serve as an all-season comforter. Despite the fact that Slumber Cloud ranked it as the coolest of all their blankets and comforters, I still wasn’t totally convinced that it could stand up to my apartment’s antiquated heating system. Three weeks and many climatic fluctuations later, I feel confident that I made the right choice.

The secret’s in the NASA-approved temperature-regulating technology. I’m no astronaut, but according to the company, the comforter’s cooling effect is a result of two things: moisture-wicking fabric and a heat-absorbing filling. Somehow the geniuses at Slumber Cloud/NASA have figured out a way to make stuffing that supposedly harnesses your body’s heat, absorbing it while you drift off to sleep, then slowly releasing it as your body temperature drops during your sleep cycle. The body-smart technology gets wrapped in a 300-thread count Tencel fabric that keeps moisture at bay, which means no more waking up sticky and sweaty.

From the moment I unzipped my Lightweight Comforter, I couldn’t wait to jump in bed. And despite having slept on/with/under it for a few weeks, I can honestly say that that feeling hasn’t gone away. The bright white comforter is soft and slick with an almost shiny tint to it that feels both clean and luxe.

Have you ever had the feeling of slipping into a cold, crisp bed and just wanting to snuggle up and hibernate? Well that’s pretty much my life every night. I still don’t really understand how the technology works, but they must be doing something right because my comforter manages to stay cool to the touch despite my radiator’s best efforts. The comforter is also proving its year-round potential -- it held up during NYC’s recent taste of spring (60 degrees!!), keeping cool and breathable during warmer nights while maintaining the cozy factor during crisper mornings. I’m happy to report that the trademark body heat-regulating technology still works even when wrapped up in a standard duvet cover, but it’s hard to know if the moisture-wicking fabrics are as effective when covered up.

For me, the devil, or rather angel, is really in the details. I like that this comforter keeps me cool at night, but I love that it comes with built-in corner loops so that it doesn’t slip and slide while I toss and turn. I also appreciate its quilted texture, which not only helps the comforter feel slightly more plush, but  also prevents the filling from bunching and clumping. I haven’t tried tossing it in the wash yet (is that gross? It’s in a duvet cover??) but in theory, it’s easy to care for -- according to Slumber Cloud these cooling comforters are machine-safe.

I’m relieved to share that, after spending a few weeks with Slumber Cloud, my sleep schedule is beginning to return to normal (no thanks to the DJs who just moved in downstairs). Though I still have to sleep with my windows wide open, if you’re like me and are battling temperature extremes, SlumberCloud can definitely help you stabilize your sleeping situation. The brand claims its designs are also perfectly suited to “thermally incompatible” couples, so if you’re quarantined with a sweaty S.O., consider making the switch.

For those of you who are looking for a billowy, plush, hotel bed-like comforter, consider looking elsewhere. The Lightweight comforters are only about ¼”-thick while the heavier standard Comforters give you a bit of extra heft with 2” of thickness. The thinner comforter styles definitely help you stay cool, but you do lose out on the squishy, cuddliness of a more traditional duvet. As of right now, Slumber Cloud only makes their blankets and comforters in one color per style, so if you were hoping to show off your comforter sans-cover, you better like the color white!

In all seriousness -- and sleep is serious business -- I can rest easy knowing my sleep is backed up by science. Slumber Cloud has helped me sleep cooler and better and these days, I couldn’t ask for much more than that.

Try Slumber Cloud for yourself today -- and finally get a good night's sleep. 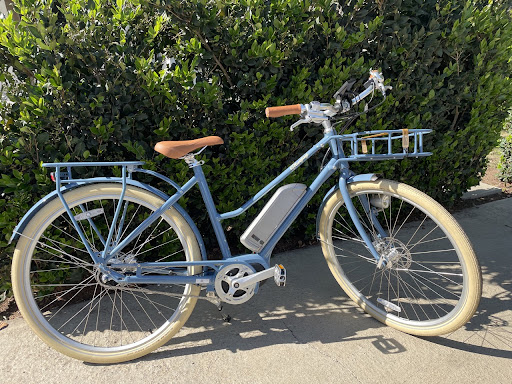 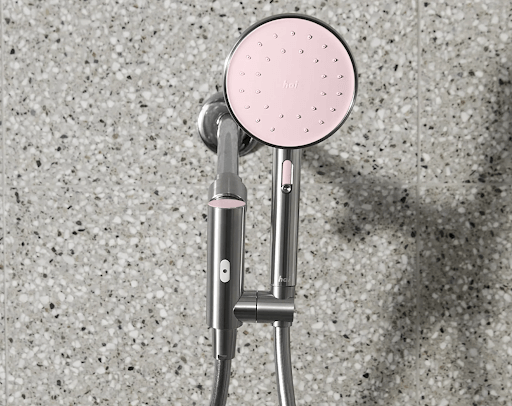 Does Your Shower Need a Refresh? Try Swapping Your Showerhead for Something New 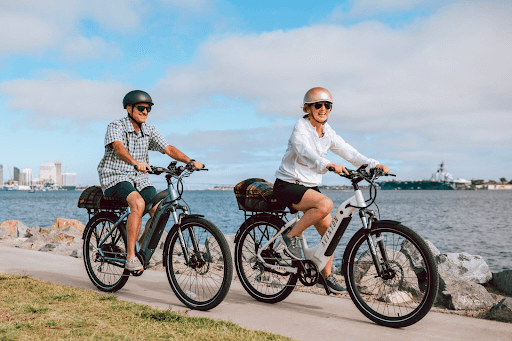