The Quality Makers: Duda Teixeira and Cristina Mantilla of éliou 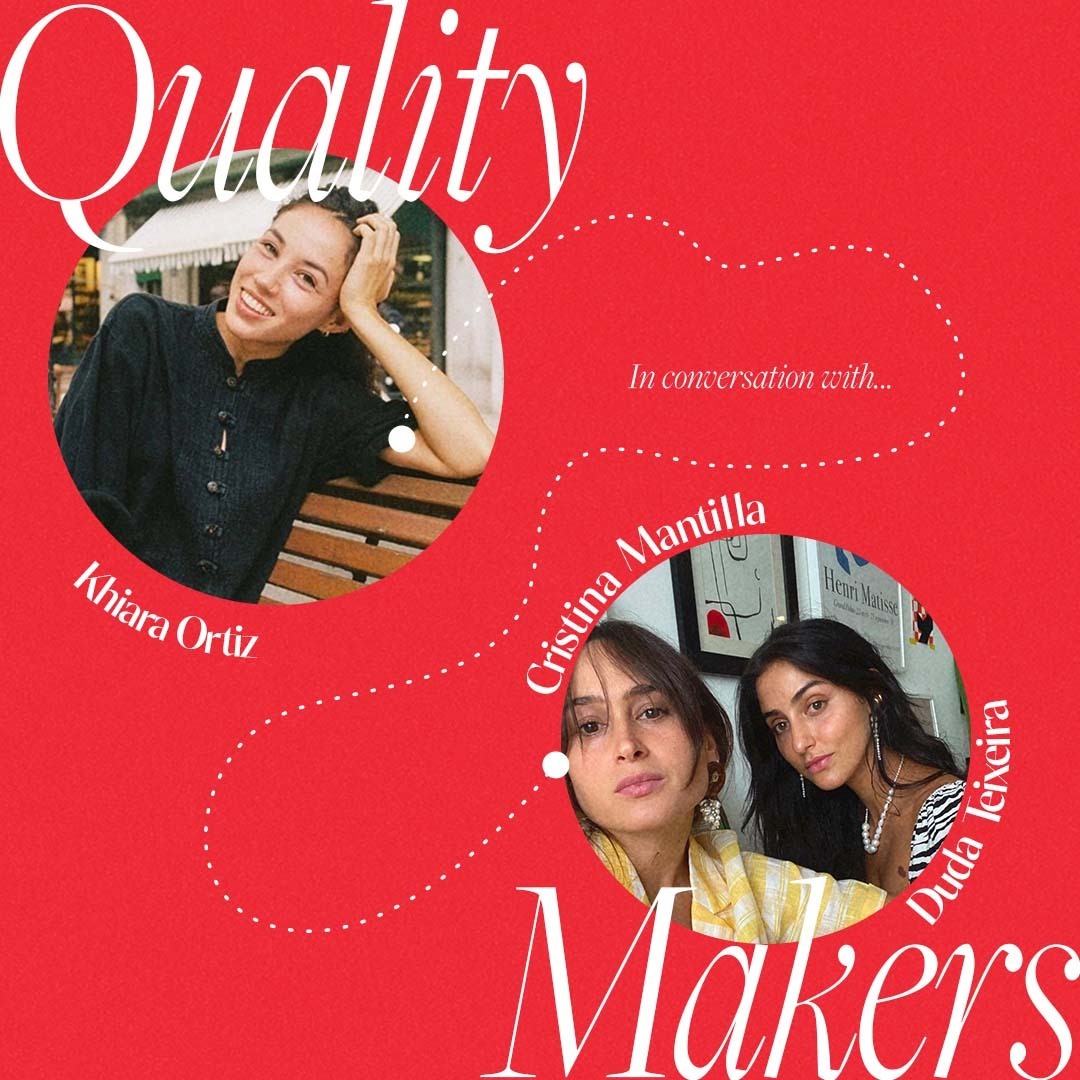 Welcome to The Quality Makers, an interview series highlighting pioneers in the direct-to-consumer space. Join us as we get an inside look at the world of digital shopping through the eyes of the individuals shaping it…

Duda Teixeira and Cristina Mantilla have been living the DIY lifestyle since they became best friends at seven years old. Growing up in Miami, they created their own jewelry and clothing pieces from the beads and scraps they could procure and shared them with friends and family. This naturally led to the launch of a creative agency in 2015 when the two were twenty-four. In 2019, after several months of designing jewelry and selling it to their circle of friends via text messages, the duo knew they had something special that deserved their undivided attention.

éliou, a passion-project-turned-fashion-brand with a name meant to evoke an endless Mediterranean summer, was firstly a jewelry company that has now expanded to sell clothing and accessories, all designed and handmade in Miami. Worn by artists like Harry Styles and Bad Bunny, the brand’s rapid ascent and disruption of the jewelry industry is attributable to Mantilla and Teixeira’s uniquely breezy styles.

Can you tell me how éliou got its start? What pushed you two to leave your creative agency and launch éliou in 2019?

Cristina Mantilla: We had no intention of launching a jewelry line and éliou got its start because we had always just made things for ourselves.

Duda Teixeira: Being a jewelry designer was never in the plans. But a few years ago, Cristy went on a trip to Costa Rica and found a bunch of shells on the beach and she had just lost one of her shell earrings.

CM: I had lost an earring that I had just bought. Later that day I was walking on the beach and saw the same shell littering the sand. I thought, “this has to be a sign.” I gathered up a bunch of shells and traveled back home with them hoping I could remake the earring myself. At that time, we ran a creative agency. We did a myriad of things but we were art directors primarily. We’ve always had those resourceful, do-it-yourself skills.

CM: One night, using only the flashlight on our phones, we took photos of the jewelry pieces we had and sent them to our immediate friends. We started receiving messages from random people we didn’t know telling us which pieces they wanted. That’s how it got started, and since we have this creative background—Duda is an incredible photographer and we knew how to build a shoot, we knew how to build a site—we were able to go from there.

We were on the way to the office one morning, and I got an email while I was driving from Net-a-Porter asking me if éliou was going to be at Paris Fashion Week and that they wanted to schedule an appointment. We didn’t even have a website. I started crying. I had to pull over on the side of the road because I was shaking and laughing. Net-a-Porter was our first customer and that’s when we decided we had to get serious about this.

Did having a similar aesthetic bring you two together when you were younger? What do you think sparked the creative collaboration at such a young age?

CM: Duda and I have known each other since we were kids in elementary school. Her mom is a creative designer and has always been a stylish woman. I think Duda was inspired by her mother and being around Duda’s family was inspiring to me. The start of our sense of style and creativity and self-expression, the root of all that was Duda’s mom.

DT: I grew up in it, so I probably took it for granted. Expressing myself through the arts or fashion was always normal to me, so it’s nice to hear that my mom was such a huge inspiration.

What do you feel is the essence of éliou? Do you think your brand has cultivated a community that embodies that essence?

CM: I like to think that we’ve disrupted the jewelry industry a little bit. We are out-of-the-box girls and we like doing things slightly differently, so once we see that something is being overdone, we want to move on to something new. For example, we’ve always felt that accessories can be gender-neutral, so we’ve always pushed for men in pearls.

We feel that our brand has built a sense of community for anyone who doesn’t want to wear the basic gold-chain necklace, or someone who wants to express whatever gender they identify with through jewelry. Our approach is: if it looks good on you, just wear it and don’t think about what’s in fashion, or what’s traditionally appropriate. We’ve been able to disrupt what jewelry norms are and bring some color into people’s wardrobes.

What has it been like to see so many celebrities wearing your pieces? Is that something that happened organically?

CM: We were very lucky. I like to make this part pretty clear: We don’t have a PR agency, and we don’t do any paid press. Everything happened very organically.

DM: I had reached out to a couple of stylists that I really look up to and the one person who answered was Harry Lambert. He mentioned an event he had coming up and requested a couple of necklaces. A month later, they came out in a Harry Styles music video, which we found out about when everyone else found out. It was very surreal.

CM: It was empowering seeing Harry wearing our pieces. We felt like they belonged on him. Every time I see [éliou on Harry] I always think, “That’s how it’s supposed to be worn, that’s how we’ve always imagined it.”

How are your pieces made, and do you have sustainability in mind when you’re producing them?

CM: We use freshwater pearls and a lot of those come from overseas. We work primarily with a local mom-and-pop boutique here that does a lot of our sourcing, and it’s been an integral part of éliou from the beginning. Now we’re getting into hand-made beads that we’re making in our studio. We’re creating the molds and the pieces.

Being sustainable is very complex and challenging, especially when you’re a small brand. Almost all of our pieces are made-to-order to ensure that there is no waste, that we don’t over-consume or over-purchase materials. They’re all made by hand, too. My favorite part about having started this brand is being able to fund the lives of and empower other women who were out of the workforce or had jobs that they didn’t love, and giving them a purpose.

DM: The number of hands that touch a piece before it leaves the office is impressive. We’re a team of 15, so quality and craftsmanship is very important to us. A big part of our brand is that everything is made by hand and we’d like to keep it that way for as long as possible.

When did the clothing line get started and how do you see that developing as part of the éliou brand?

DT: We just launched it, but it’s a project that’s been going on for a year now. Every year for Earth Day, we have a project. Last year, we took some vintage shirts and printed things on top of them. This year, we upcycled vintage denim.

CM: Earth Day is a big deal for us and these projects definitely introduced us to clothing, but they were nothing in comparison to the cut-and-sew, the pattern-making involved in the ready-to-wear collection.

DT: Now we get to offer people a full spectrum of who éliou is from head-to-toe, from accessories to clothes. We plan to get into shoes and bags. There’s no limit to what Cristy and I are capable of doing creatively, and we see that playing out for éliou in the long run.

How would you describe your own personal tastes? Are there things you like to keep in mind when you’re shopping and considering products from different brands?

DT: Right now I’m going through a phase where I want pieces that have personality. I feel like daily fashion can be a bit muted and toned down lately so I’m leaning towards pieces that stand out and have more of an identity.

CM: I feel the same. I try really hard to not buy fast fashion. I’m trying to support brands that I love and that I identify with, that don’t do things quickly, that have unique and original pieces, and that deserve my support.

Want to check out Duda Teixeira and Cristina Mantilla’s designs for yourself? Shop éliou here. 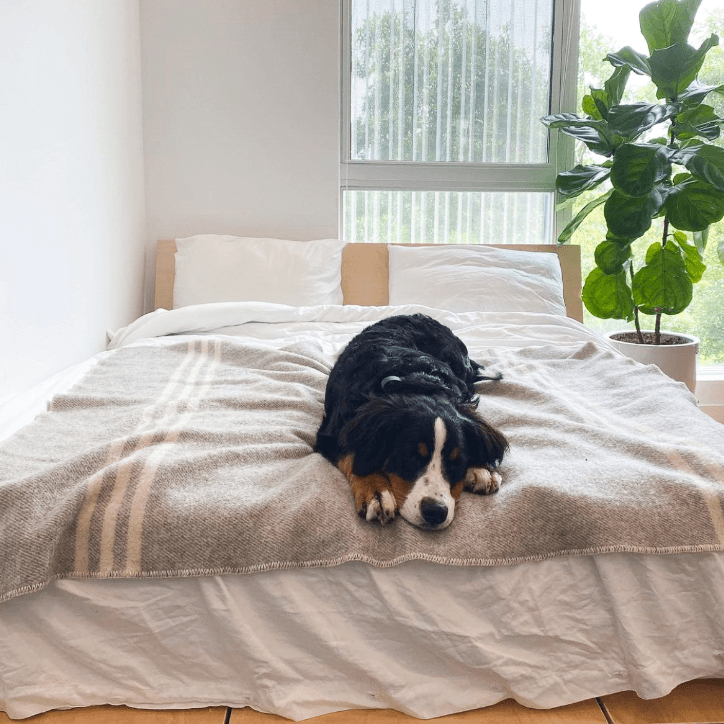 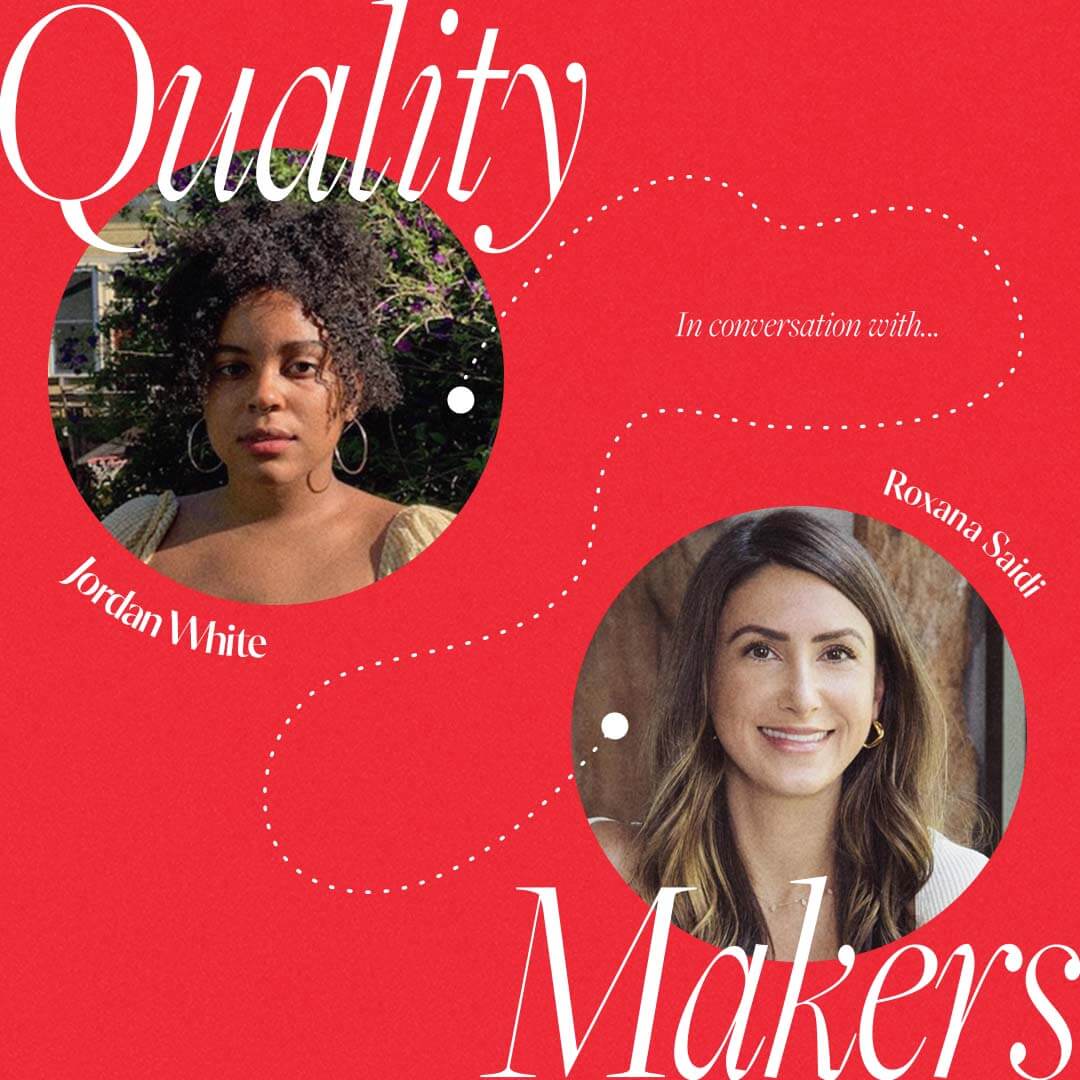 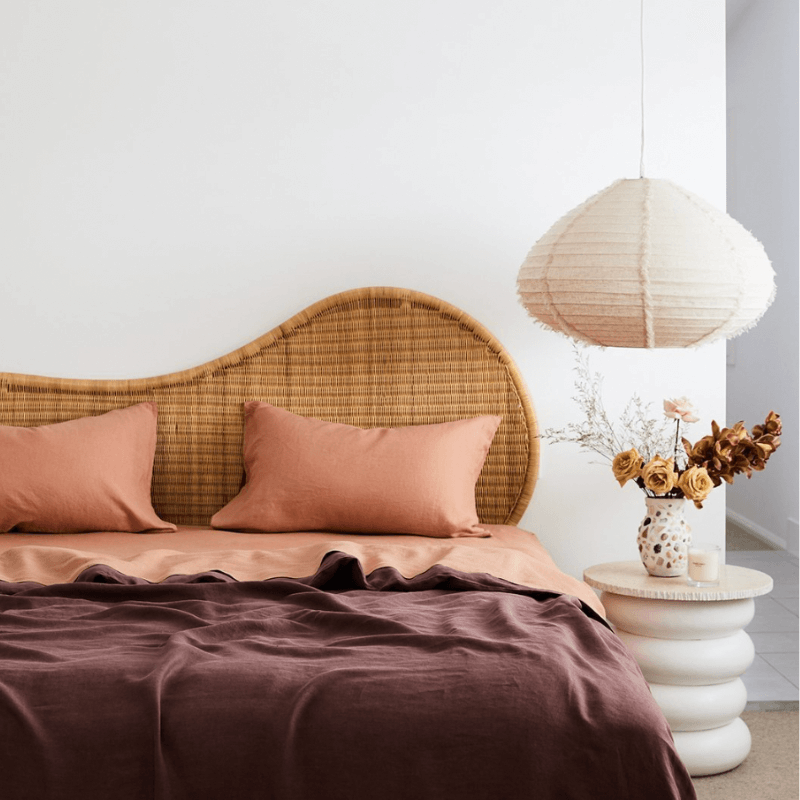 The Home Edit: 13 Brands to Help You Curate Your Space with Style