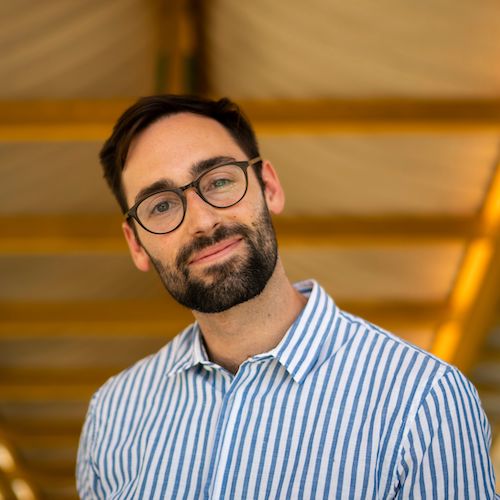 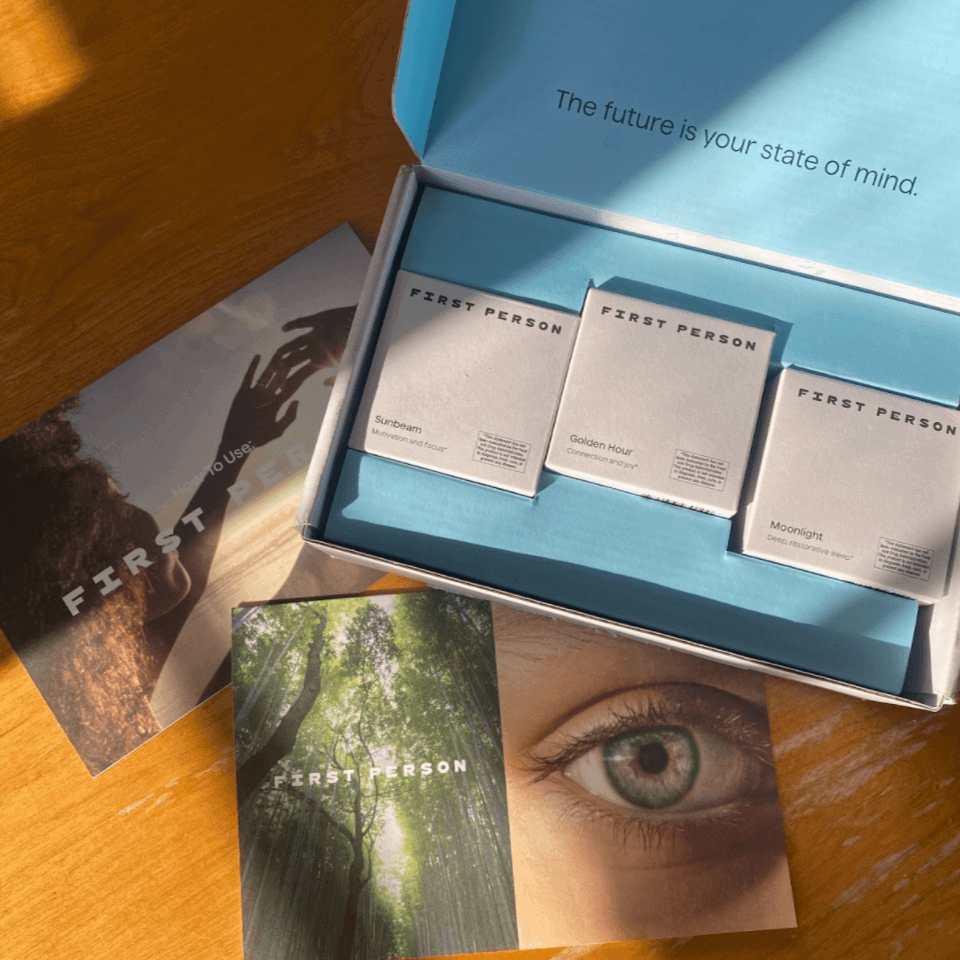 In partnership with First Person.

Mushrooms: while they may have been around forever, in many ways they're just now making their debut in the mainstream. I knew there had been a cultural reset on this front when I got a text from my parents (the ones who always taught me to stay away from anything psychedelic, ever) last month asking me about microdosing.

Groundbreaking research in the mental health field has shown mushrooms to be extremely effective at aiding with anxiety, depression, and overall well-being. Unfortunately, even the most persuasive clinical trials haven't changed the fact that psilocybin – the psychoactive compound inside "magic mushrooms" – is still a controlled substance, making it totally unavailable to the mass market.

If you're hearing half of those words for the first time, you're not alone! First Person is stepping into a new and daunting arena. But the benefits of positive mood, increased focus, and better sleep are about as welcoming as it gets, and as someone that's done a lot more reading on the topic than actual dabbling, I was ready for a deeper dive.

THE LAY OF THE LAND

First Person starts from the ground up – literally. Its growing process, known as First Grown, makes First Person the only domestic producer of 100% pure, organic mushrooms on a large scale. These mushrooms are paired with premium natural ingredients, hand-selected to maximize your experience.

The brand’s full transparency on ingredients and amounts helped explain what exactly I’d be putting into my body. First Person’s approach uses the whole mushroom, including the mycelium and fruiting body, with no fillers or grains. This entire product line was formulated with maximum efficiency in mind.

It's no coincidence that efficiency is the goal that drives capsule No. 1: Sunbeam. A daytime booster for motivation and focus, Sunbeam supports the brain's natural regulation of dopamine to activate its motivation and reward system. Translation: this is the one to take when that work project is calling on every last bit of your stamina.

Golden Hour, the second capsule, is for when you get to set that work aside. Formulated for a sense of connection and joy, these mushrooms promote oxytocin, the chemical our brains use to decrease stress and lessen anxiety.

And any good day ends with a nice, deep sleep, which is where Moonlight comes in. By targeting the GABA neurotransmitter to relax the central nervous system, this capsule prepares the path for quiet nights and clear mornings.

Once I'd read up on how exactly the three strains worked, it was clear to me First Person is both backed by science and clear in its intention. It's one thing to promise better cognitive health, and another to break that down into three key components and allow you to choose your own adventure. And that's exactly what I did.

Once I'd read up on how exactly the three strains worked, it was clear to me First Person is both backed by science and clear in its intention. It's one thing to promise better cognitive health, and another to break that down into three key components and allow you to choose your own adventure.

I was greeted with two beautifully laid-out pamphlets that walked me through the contents of each capsule, as well as when and how to take them. One dose is two capsules, and each dose takes about 30 minutes to come to effect. Sunbeam can be taken up to four times a day, Golden Hour twice per day, and Moonlight three times each day – a dosing frequency that brings pleasantly mild and not earth-shattering effects.

First Person also beat me to the punch in suggesting combos: the "Stacking Tips" note that Sunbeam + Golden Hour is a perfect combo for an "alert, social buzz." Between that and the recommended uses, there was  plenty of room for my individual goals. In other words, I had the best of both worlds.

Sunbeam, Golden Hour and Moonlight came in their own individual pastel tins, which deliver sustainability as well as style: each are meant to house refills, reducing the amount of materials used in future shipments. The capsules inside were as transparent as the brand's messaging, with the ground-up contents fully visible, and a small enough size to go down easy.

I decided to try all three versions of First Person back to back on separate days, even looping in my partner to do the same. (And we're polar opposites on a lot of things, so if we agree you know it's a slam dunk.) That was just enough of a scientific method to make me feel like a bona-fide researcher… and I couldn't be more stoked to share with you my findings.

NOTES FROM THE FIELD

I started with Sunbeam, the strain that encourages "focused, heads-down work." I've never been built for any kind of stimulant. Coffee is 100% off the table, and caffeine in general makes me an insanely jittery mess.

I took one dose of Sunbeam before sitting down for a long day of writing (and rewriting), and was hyped to find myself slipping into the elusive, productive "zone." My partner, too – who's never met a caffeinated drink he didn't like – said it was a huge boost in the office. He never felt altered or under the influence, just gently guided to a place where he could drown out distractions.

This capsule felt like the perfect one to try out in some fresh air. My end of the dog-dad bargain is that I take my year-and-a-half-old puppy out for a walk every evening – and it's rarely a walk in the park. If Golden Hour was formulated for moments of joy and social connection, maybe it would soften my more impatient edges when his shenanigans flared up.

I took my dose at the start of the walk, and noticed a subtle heightening of my senses 20 minutes in. The world around me suddenly felt 5% more vivid. First Person suggests Golden Hour as a social aid and alcohol alternative, which makes sense: of the three strains, this one felt the most like a change of state. But those initial effects lasted for only about half an hour, while the upbeat mood that came with it stuck around much longer.

I tend towards late nights and late mornings, so I'm always looking for something to bring me closer to a work-compatible sleep rhythm. While typical sleeping aids leave me groggy in the morning, Moonlight promises to do the exact opposite. My partner and each had ourselves a dose on a typical Tuesday night to see what kind of sleep laid in store for us.

Full disclosure, I didn't fall asleep as easily as he did. I still had some of my usual nighttime mental chatter that kept me awake while he conked out right beside me. But once I did fall asleep, I stayed there – soundly. The next day I woke up feeling clear as a bell. I still can't get over the departure I had from my usual fresh-out-of-a-coma morning vibe.

That brought First Person's track record to 3 out of 3, and also opened my eyes to how well each component fits together. Any day that calls on Sunbeam during the work hours, Golden Hour for the unwind period, and Moonlight for drifting to sleep sounds like a pretty dreamy day. And because these natural supplements are neither pharmaceutical medicine nor trippy psychedelics, you can use them that frequently without taxing your system.

Take it from a total convert.

5 MORE REASONS TO WRITE YOUR STORY IN FIRST PERSON:

2. Unlike other cognitive supplements on the market today, First Person was formulated to avoid serotonin receptors in the brain, meaning it won't interact with any other treatments that do – including microdosing.

3. All of First Person's mushrooms are curated by a leading team of mycologists (that's the $20,000 word for "mushroom specialist") and grown domestically in the Pacific Northwest.

4. The benefits are wide ranging enough to lend themselves to totally different lifestyles, from the stresses of corporate environments to the Zen of a yoga retreat.

5. Continued use points towards long-term brain health, meaning you'll feel the positive effects even in between your doses.

Try The Collection for yourself at getfirstperson.com! 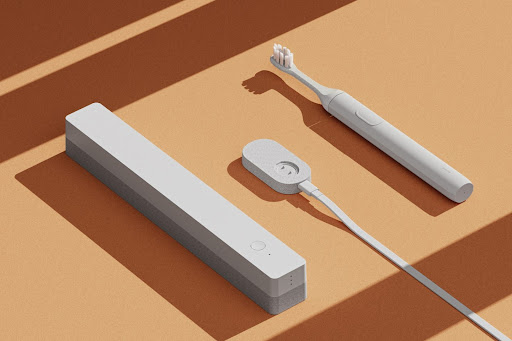 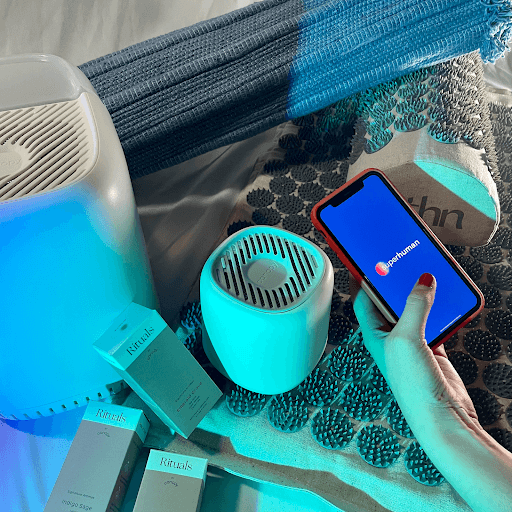 Get Your “Om” On: 5 Products To Create An At-Home Meditation Oasis 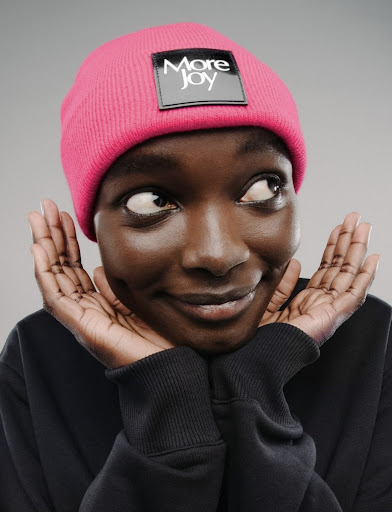