Wising Up To The Clevr Latte Craze 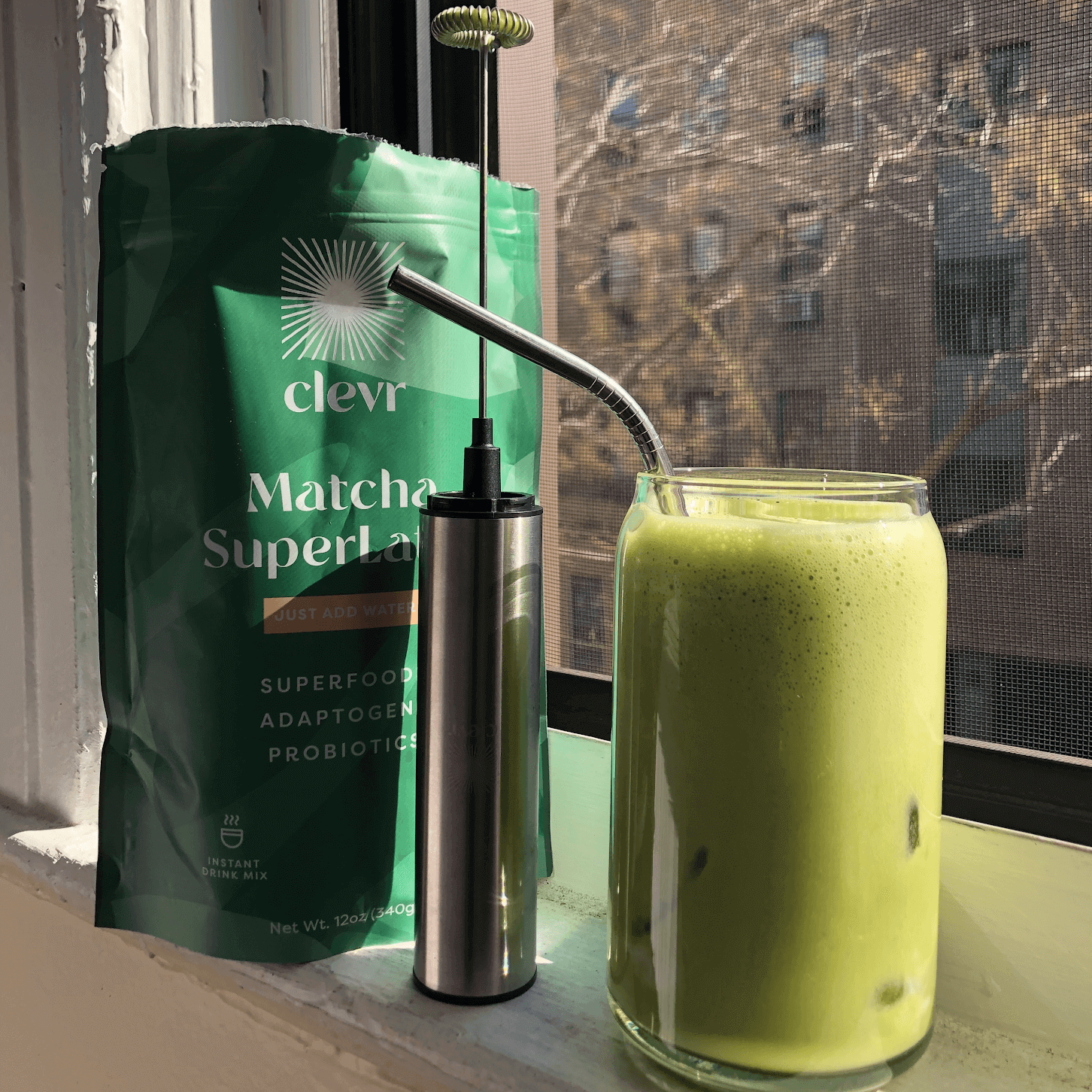 There are two things you should know about me: I’m a morning person, and I’m a creature of habit. In more poetic terms, I relish having a morning ritual and practice to balance out my otherwise chaotic days. What that really means is that I rely on the dependability of my morning coffees (with a splash of extra creamy oat milk in my favorite blue mug) and afternoon matchas, and I’ve never been particularly tempted by the trendy products that populate my Instagram feed. That is, until Clevr came along.

I had a lot of questions at first. A latte blend -- what does that even mean? Powdered oat milk… huh? What were these adaptogen-laced, Meghan Markle-backed powders and does Oprah really think they’re any good? I was skeptical, but it’s safe to say my interest was piqued.

Clevr’s one-step SuperLattes come in four variations: Matcha, Chai, Coffee, and Golden (made with Diaspora Co. turmeric!). They each boast 1000mg of adaptogens, including reishi, lion’s mane, and ashwagandha, and contain 500 million probiotics. They’re all pretty low caffeine, which makes them a great option for an easy mid-afternoon pick me up. And Clevr’s blends are made of ingredients you can feel good about -- not only do they source all organic or non-GMO ingredients, they also make a point to prioritize relationships with more transparent and small-scale suppliers and pay “better-than-fair-trade prices'' so that the people producing their products are paid fairly.

The Proof Is In The Powder

I tried the matcha first — I’m already a regular matcha drinker so I was curious to see how Clevr’s Matcha Superlatte  would compare to the original. The package says that all you need is hot water or the milk of your choice, which felt weirdly futuristic, but I went for it. Sure enough, all it took was some warm oat milk and a quick spin of the (USB-rechargable!!!!) milk frother, and I was looking at a matcha latte. The incredible and shocking thing about Clevr’s blends is that they’re made with powdered oat and coconut milks for built-in dairy-free creaminess. The coconut lends a pleasantly subtle sweetness to balance out matcha’s natural bitterness, which I’ve found to be too woody in other blends.

Next up was the Coffee Superlatte. As you now know, I’m pretty old-school about my coffee, opting for a good ol’ fashioned drip over the internet’s more powder-forward alternatives. But when 4pm rolls around, as it often does, and I find myself in need of a quick boost, I’m caught in the eternal struggle of caffeine now vs. sleep later. Luckily, Clevr doesn’t make me choose. An 8-ounce cup delivers only 50mg of caffeine— half that of an average cup. Supposedly the blend’s adaptogen mix helps boost focus without the coffee jitters, but it’s honestly hard for me to judge its effects. On the whole, I found the coffee flavor to be slightly overpowered by the coconut and monk fruit -- I would have liked a bit more of that espresso-y punch. I still found it delicious, but I’d say it leans more towards a coffee-flavored bev than a regular cup of joe.

The following day was a little chillier, so I opted for a warming Golden Superlatte for my late-afternoon treat. I’m a huge fan of Diaspora Co.’s spices and truly admire their commitment to ethical and ecological supply chains, so I knew this was going to be top-notch. This latte did not disappoint. Where I’ve found other recipes to be grainy and bland, Clevr’s is smooth and boldly spiced. I love being able to really taste the warming, aromatic earthiness of the turmeric. This time, I thought the coconut-oat-monk fruit base provided the perfect foil of creamy sweetness and helped round out the kickier spice mix.

Last, but certainly not least, is Clevr’s Chai Superlatte. I’ve been trying -- and failing -- for years to figure out how to make a cup of chai at home that is as rich, flavorful, and balanced as I know chai should be. Naturally, one has to temper their expectations -- there’s no question that something delivered in powder form likely can't compare to the many thousand years-long traditions of masala chai makers. But what Clevr’s blend can do is satisfy a similar craving for a spicy-sweet treat.

I can sincerely say that Oprah is right (duh) -- this caffeinated cynic has been won over. I’ve found myself regularly reaching for a super-quick matcha between emails or a steaming cup of golden milk as I settle into an evening of RHONJ (it’s all about balance, people). Though now and then I opt for oat milk for an extra-velvety and decadent mugful, I’m consistently impressed by how much creaminess can be achieved in 20 seconds with just a few ounces of hot water. I’m not one to jump on a superfood bandwagon, but I can certainly say that Clevr’s carefully sourced ingredients deliver the focus and feel-good energy I need without any of the jitters or crashing. No doubt as city life picks back up again, I’m going to need Clevr’s speedy SuperLattes to keep me fueled without feeling fried.

Get smart and try Clevr for yourself today. 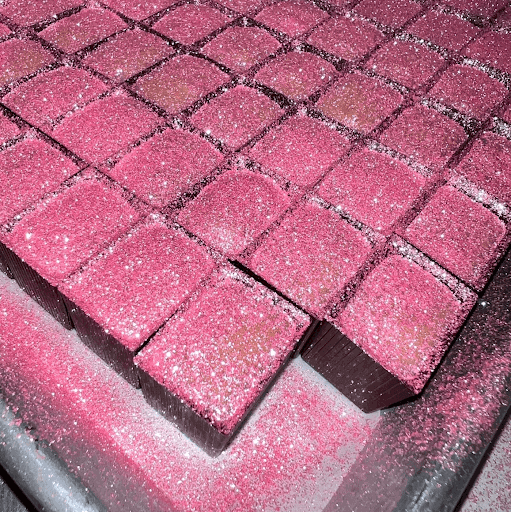 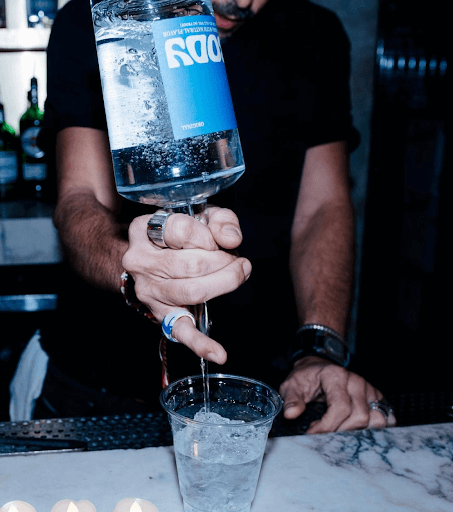 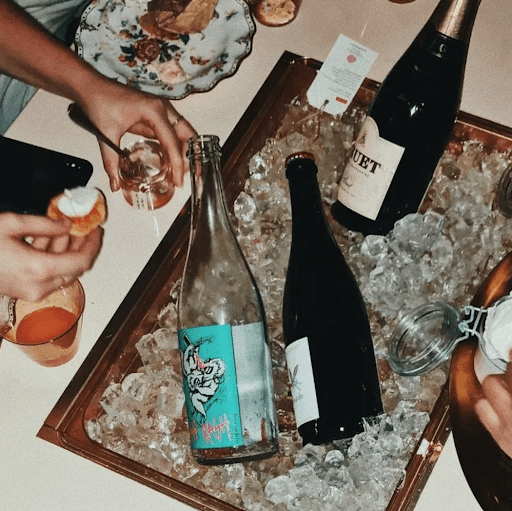