CBD Cured My Anxiety, But Could It Do The Same For My Dogs? 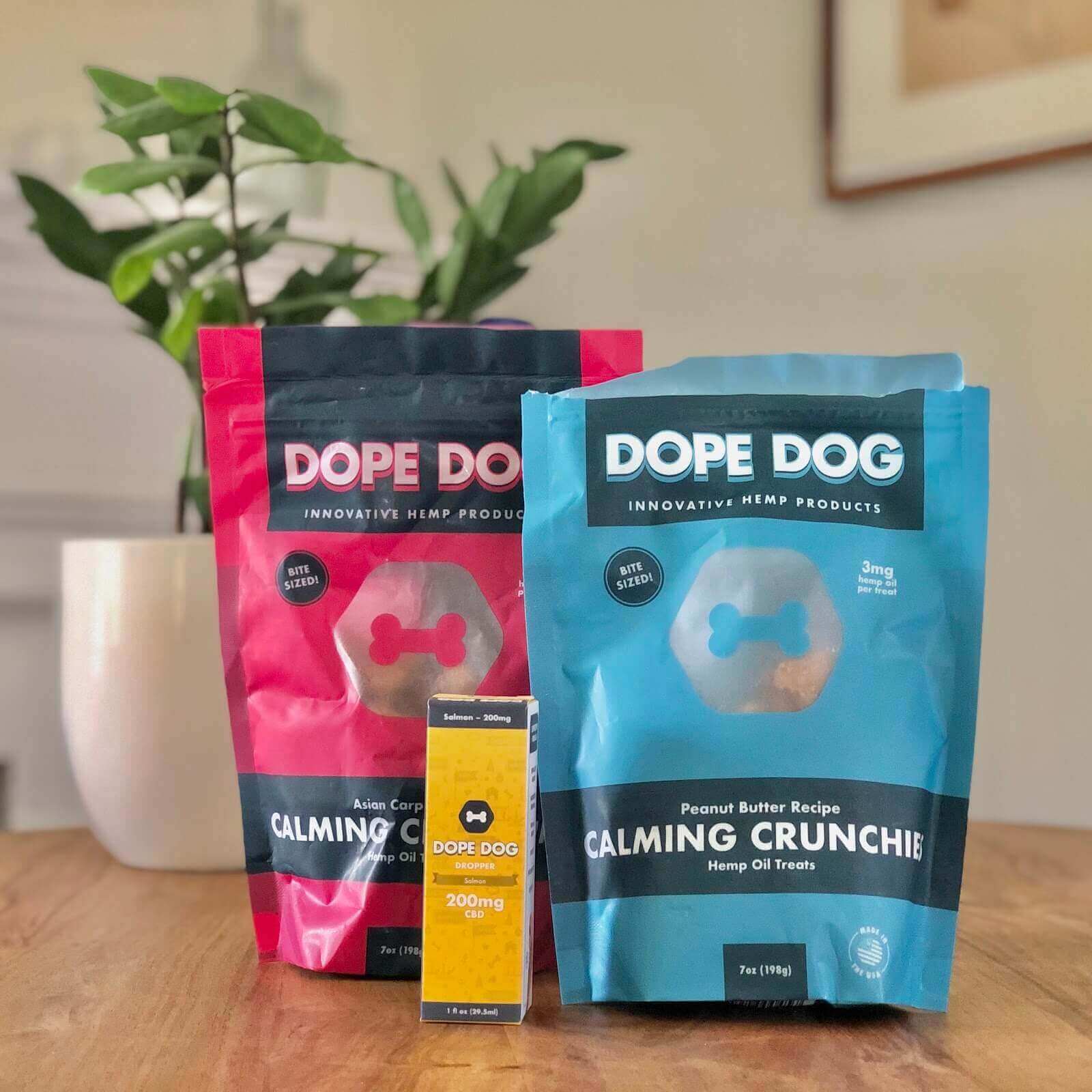 I’m a recent convert of CBD. As someone who struggles with  anxiety and chronic stomach pain, it’s been a holy grail. Even my  boyfriend -- a significantly less neurotic and more adjusted version of me -- loves treating himself to CBD as a mild muscle relaxant after a stressful day. The more time you spend with CBD, the more you realize just how many benefits it has; research confirms it can heal the mildest to the most severe cases of anxiety, pain, and inflammation.

That said, my newfound love of CBD pales in comparison to my lifelong love of dogs. My family currently has a total of four dogs, all of which have their own little neuroses. They’re the poster children for CBD, except for the little fact that they’re….well, dogs. I’d never really considered CBD for dogs a viable option—assuming it to be another crazy dog parent trend that didn’t actually work—but my family was desperate for something to calm our pups, so we decided to take the trend for a spin.

While there are a host of CBD do brands to choose from, we ultimately chose Dope Dog, mostly because it was featured in Oprah’s October 2019 O-List, and we’ll pretty much trust anything she says. Created in response to a lack of holistic options for their pups’ problems, founders Erin and Michael launched a dope line of treats, oils, and shampoos in 2018. Designed to optimize your furry friend’s wellness, the brand used years of research to formulate human-grade, high-quality products using one very special ingredient: CBD.

I’ll admit it—I was nervous to give my dogs CBD. Even though I reap the benefits of CBD regularly, there’s still a tiny part of me that feels a little risqué whenever I use it. I’m extra protective of my furry fam, so I did a bit of extra research on the topic to make sure that everything was as safe as can be. Here’s what I found out:

Dope Dog’s CBD products are 100% non-psychoactive and THC-free. Much like you don’t equate your CBD matcha latte to smoking weed, you shouldn’t equate your pup’s CBD treats to getting high either. CBD works naturally with the body to regulate biological processes including inflammation, sleep, relaxation, and appetite. Dogs are especially receptive to CBD, as they have a higher number of cannabinoid receptors in their brains than humans do. CBD is extra effective in maintaining your pup’s wellness, whether they’re suffering from anxiety, arthritis, cancer, or even epilepsy. Plus, CBD isn’t only for pups riddled with ailments—when taken regularly, it can help to maintain a healthy balance in your pup’s endocannabinoid system, providing a number of wellness benefits.

To get the full 411 on Dope Dog, we used our dogs as guinea pigs (in a cute way, promise) to see if the brand’s claims to calm and heal held up against some of the wildest pups we know—a Maltese, a chihuahua, a lab mix, and a pit bull foster (all of whom could certainly afford to calm TF down). Full disclosure: no pups were harmed in the writing of this article; if anything, they got a little doper.

I’ve mentioned Freddie before, but to recap: we affectionately refer to my mom’s Maltese as our resident Tasmanian Devil. He has severe anxiety and separation anxiety which, in his case, translates to incessant and high-pitched barking. We tried everything from compressed air bottles to increased exercise, but nothing was working. After weeks of trial and error, Dope Dog came to the rescue. We decided to treat Freddie to their Calming Crunchies in the Asian Carp flavor. Not only is fish Freddie’s fave, but Asian Carp is also especially high in protein, and one of the more sustainable fish choices out there. Triple win.

Freddie is tiny, so as suggested by Dope Dog, we started with half a treat (they suggest starting with 1 treat per 20-30 lb of dog and scaling up or down from there). In the end, Freddie seemed to be responding well to the treat and clearly nothing was going wrong, so we decided to give him another half. We quickly found one treat to be Freddie’s perfect dose, and it definitely let him (and my mom) relax. She used to not be able to go down to the kitchen to grab a glass of water without him. Dope Dog quelled his separation anxiety and allows my mom to move through her house in peace.

Charlie, the OG with trust issues

Smallest of the bunch, Charlie also lives up to her chihuahua name by being the most fearful of the family pups. Though she’s much quieter than Freddie, she’s scared of just about everything. While Dope Dog seems like it’ll be an everyday-treat for Freddie, Charlie’s neuroses require a more as-needed approach. Since she’s just about the pickiest eater I know, we were thrilled to see that Dope Dog carries CBD oil droppers in addition to their treats. The girl’s got a sensitive stomach too, but the oil is made with digestive-friendly MCT coconut oil, so no gastrointestinal distress here. Phew.

Though my dog Nora has been a part of the family for almost 2 years now, Charlie still doesn’t trust her and tends to freak out whenever we come over to my mom’s house. We figured our weekly Sunday dinner was the perfect opportunity to try Dope Dog on for size...  Before Nora and I headed over for the day, my mom snuck ~1 mg of the oil into Charlie’s breakfast. Usually, Charlie would snarl at Nora all day (from afar of course), but with the CBD oil, her aggressive behaviors were definitely subdued. Even better—it wasn’t like she became a zombie; her spirits were just as high as they normally were, but this time without interruptions of bared teeth here and there. Dope.

Mitts, the foster puppy with a troubled past

A couple of weeks ago, my boyfriend and I were lucky enough to foster a new puppy. Named Mitts because of the two casts he wore on his front paws, the shelter had no idea what happened to him, but they knew it was bad. At only 10 months old, the little guy had been through more than the rest of our dogs combined, so we were determined to give him some much-needed R&R at our apartment. We had never crate trained any of our dogs, so when Mitts was dropped off with a wire crate, we were definitely a little nervous. While Mitts has finally adjusted now, he whined non-stop the first few days to get out of his crate, pawing at the gate uncontrollably. Because his paws are deeply wounded, we were concerned that he’d reinjure them out of anxiety.

Luckily, our Dope Dog package had arrived a few days prior, so we gave Mitts a peanut butter treat or two to relax whenever we had to put him in his crate. Mitts was by far and away the most extreme case study, and we were honestly a bit surprised to see how well it worked. With just two days of treat-filled crate training, he completely adjusted and stopped making a fuss when it was time to go inside.

Last but certainly not least, meet Nora, my lab mix in shining armor. This big-eared beauty has definitely been a bit on edge these days seeing as her stomping grounds have been semi-taken over by a pit bull with casts. There have been a few instances of jealous yawning when we give Mitts extra attention, but for the most part, she’s been lying on the sunny part of our couch as she usually does. Though she’s been a total trooper, we know that welcoming a new dog into your dog’s home can be stressful.

Dope Dog tends to be marketed more heavily towards pups with separation anxiety or pain, so we never really considered giving any of their products to Nora. But my boyfriend made a good point—we use CBD often, and it’s not always to quell a panic attack; sometimes we just do it because we want to, and because we deserve it. Nora deserves it too, so we’ve begun treating her to Dope Dog every day when the clock strikes 5. As we pour ourselves post-work aperitifs to take the edge off, Nora kicks her paws up and lets the CBD do its thing.

We were definitely skeptical of the CBD for dogs trend—pet brands are all the talk these days, and it’s hard to weed out the good from the useless. While I’m no stranger to the benefits of CBD, I was also wary of becoming that dog parent, the one that pampers their dog a little too much. After trying Dope Dog with all four of my neurotic dogs and seeing how well it worked, my suspicions were proved entirely wrong. Far from useless, their products were incredibly effective, and with bite-size treats and convenient droppers, it’s truly the easiest way to pamper your pup.

If your dog loves Dope Dog as much as ours did, you can set up a subscription for their treats, droppers, or shampoo and receive 20% off every order. Woof!

Give your pup the TL(CBD) they deserve with Dope Dog, and use the code "thequalityedit" for 15% off your order! 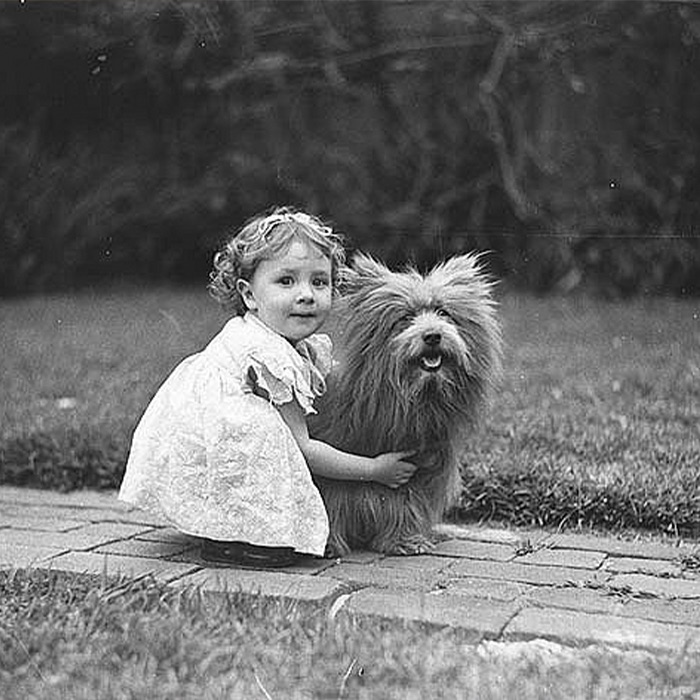 The 2022 Holiday Gift Guide for Pets 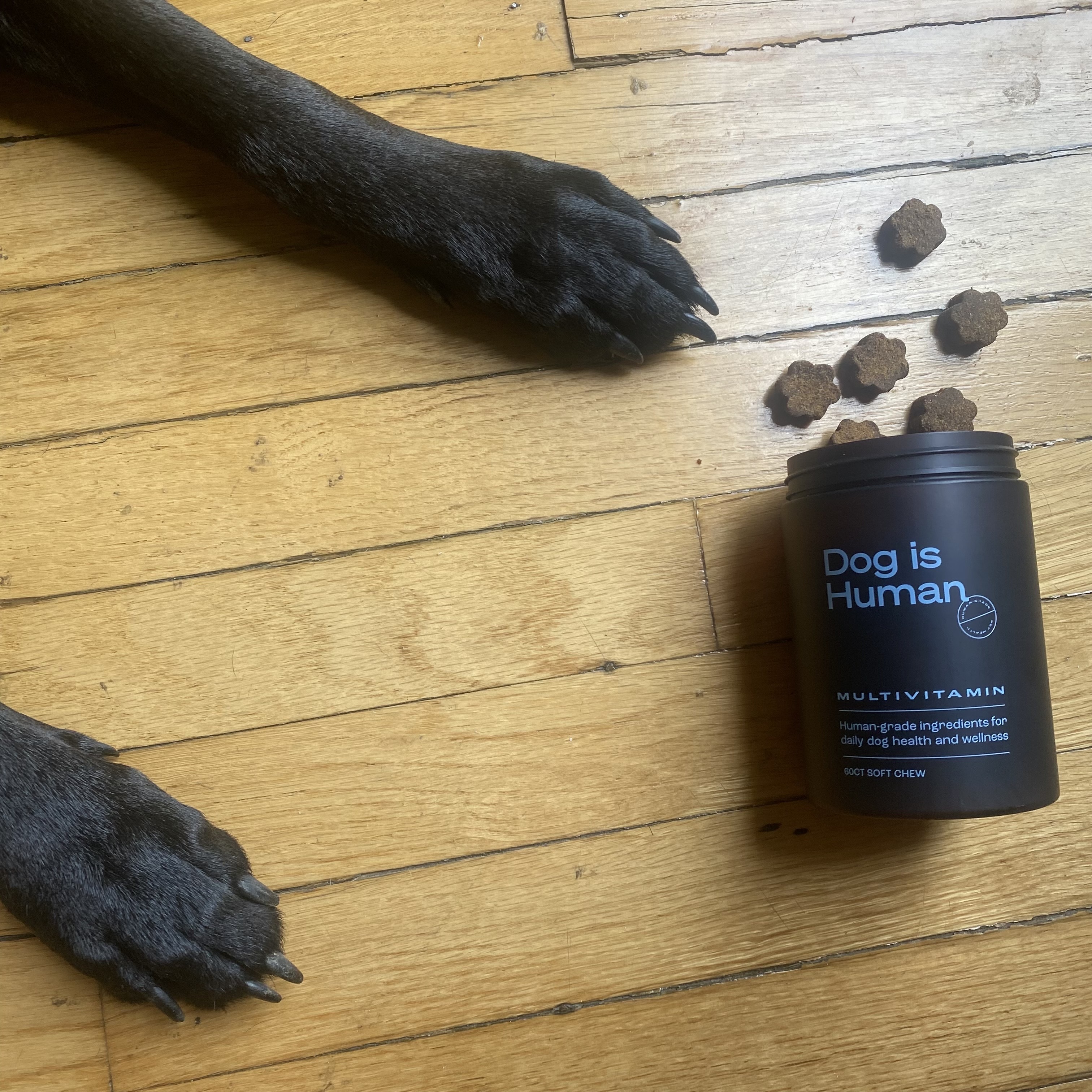 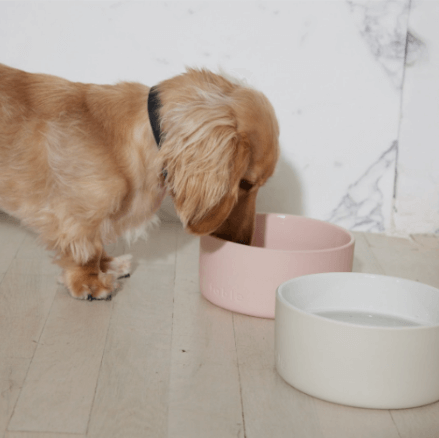